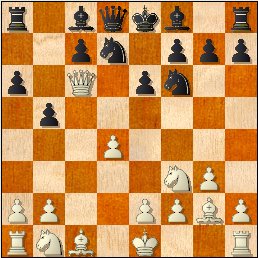 Having hatched a plan to weaken the enemy dark squares, Szabo undertakes a delicate maneuver aimed at bringing about the exchange of the dark square bishops, which will further strengthen his grip on the dark squares. 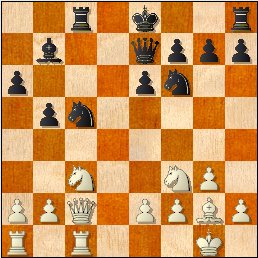 A small but serious inaccuracy; Black removes this piece from the main theater of operations.[16…Nb6 much better for Black. Increases control of c4 and makes it more difficult for White to play b4.] 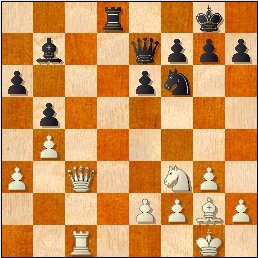 22…Nd5 Seeing the White’s positional squeeze could become very dangerous, should he succeed in occupying the seventh rank or in establishing his knight on c5, Geller decides to complicate (his move also stops both threats).

23.Qd4 f6 24.Ne1 e5 25.Qc5 A consistent but rather uninspired continuation. [25.Qa7 Retaining his hold of the dark squares while attacking the pieces on the light squares.]

25…Qxc5 26.bxc5 White would have maintained a clear advantage with 26.Rxc5, but Szabo probably thought that his pin on the knight, combined with his threat to advance the c-pawn would assure him victory. However, Black finds the defensive maneuver …Rd8-d7-e7. 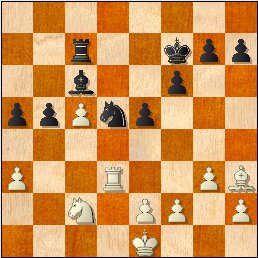 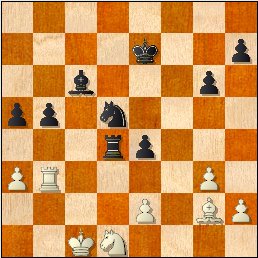 46…b4 Black’s plan is simple: to create a passed pawn and Queen it. White can offer no real resistance to this. 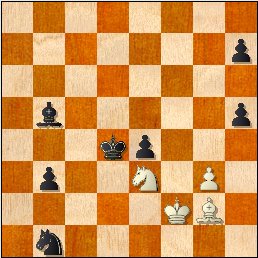